On November 9-10, 2019, the Greater Bay Area International Maker Summit and Maker Faire Shenzhen 2019 hosted by Shenzhen Nanshan District Science and Technology Innovation Bureau and Chaihuo Maker Space were held in Shenzhen Vanke Cloud Community. It has attracted 108 exhibitors from 9 countries and regions at home and abroad, and more than 30,000 spectators to participate in the exhibition and exchanges. It can be called the most influential innovator community activity in Asia and in the world. 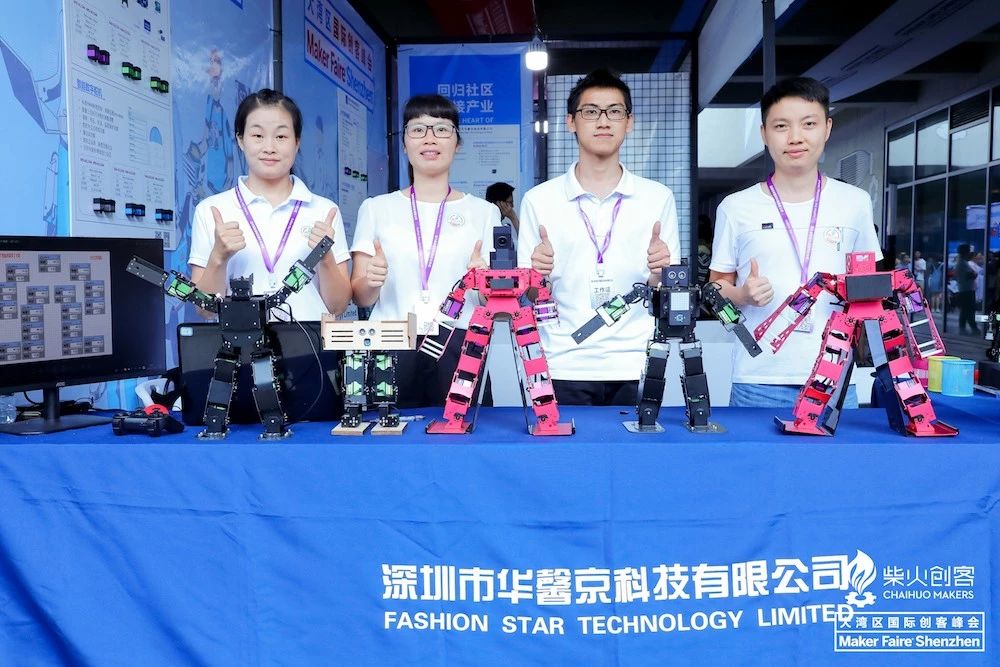 At this summit, Fashion Star showed a series of newly designed products including more than 20 professional servos and various STEAM educational robots to the audience. The wonderful confrontation between top fighting robots has been highly praised by Shenzhen Satellite TV, MAKE Magazine, Macau Xinhua Middle School, teachers and students from Jinan University, and domestic and foreign audiences.

Fashion Star also stood out from the 108 teams participating in the exhibition and won 2 blue ribbons symbolizing the highest honor of the global maker community. 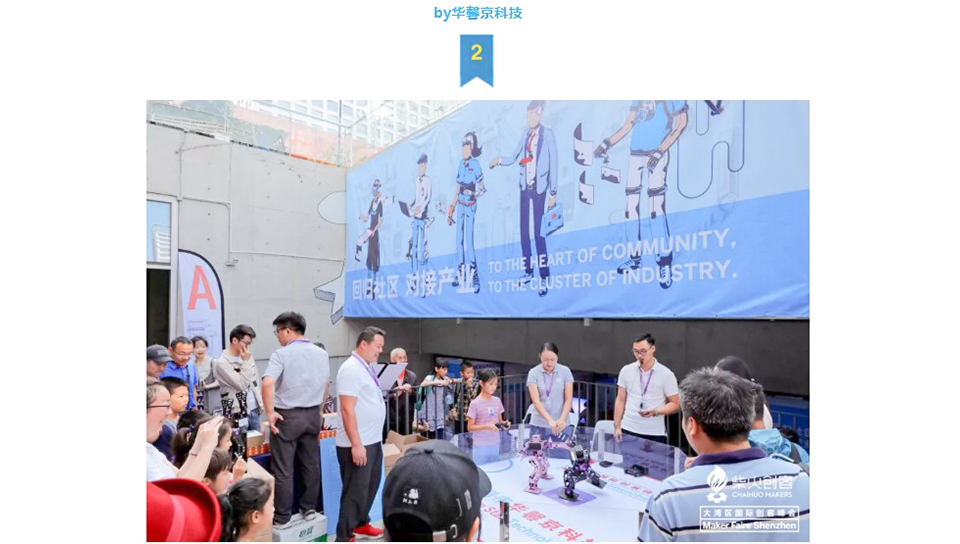 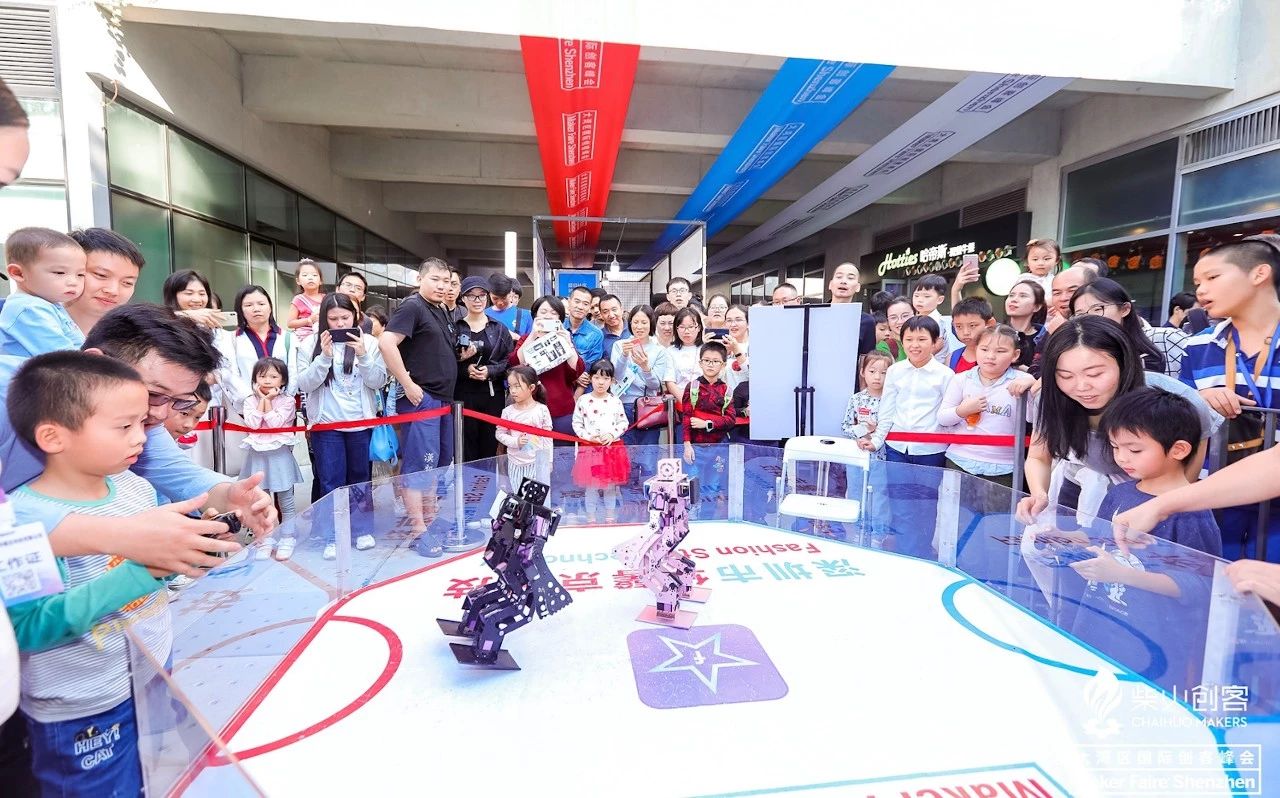 At the event site, the company’s joint event sponsor launched a highlight project-robot fighting experience. By setting up three fighting sessions: a robot fighting exhibition game, a professional fighting experience game and a Q Meng Bazai chaos designed specifically for children, it attracted many spectators to participate enthusiastically, and the scene was a carnival. Among them, with its 15-DOF humanoid design and 45Kg super torque servo, the professional humanoid fighting robot showed amazing stunts such as siding kick, jumping, and rolling forward, which caused the audience to admire and exclaim. 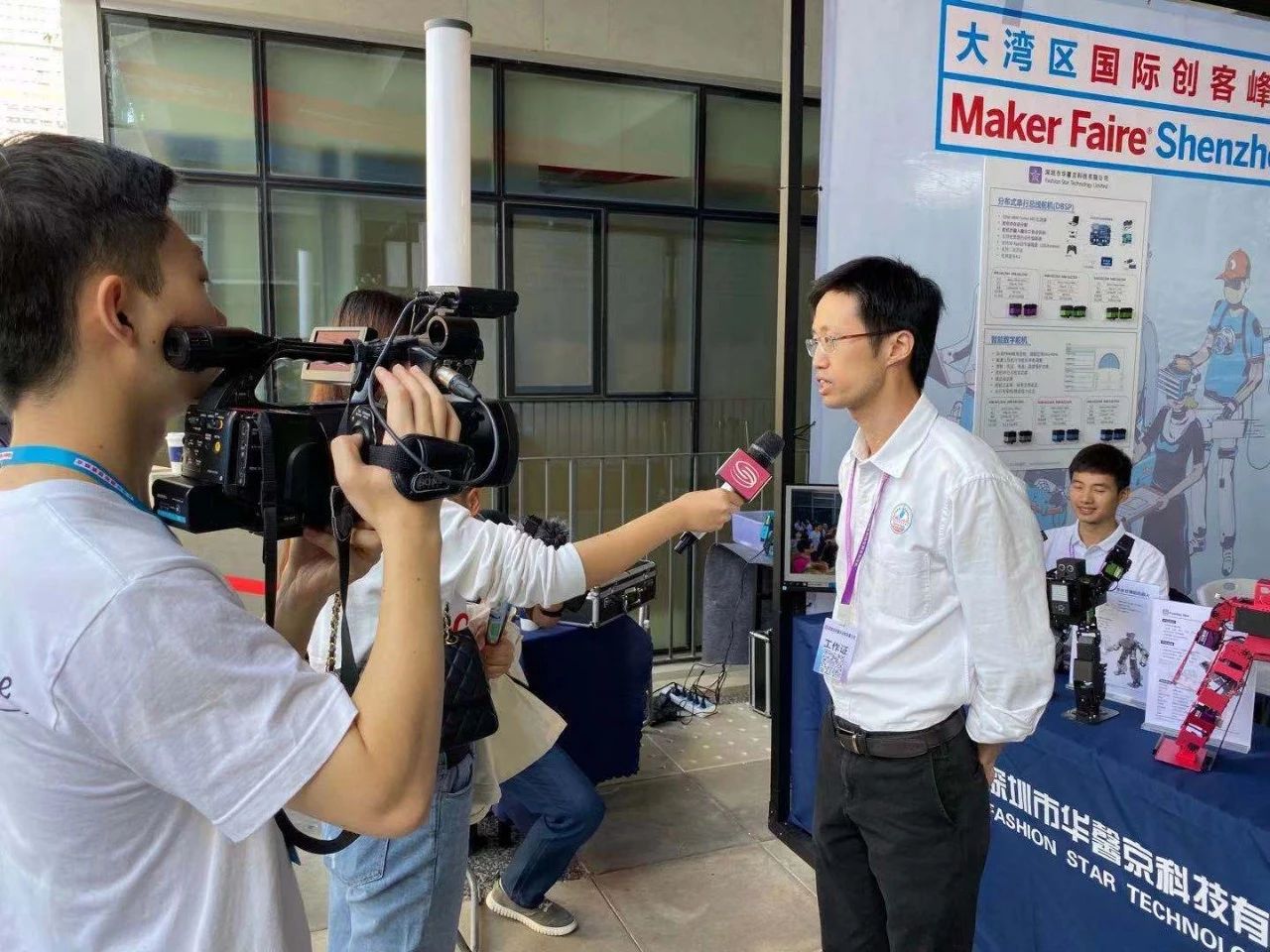 The company accepted a live interview with Shenzhen Satellite TV 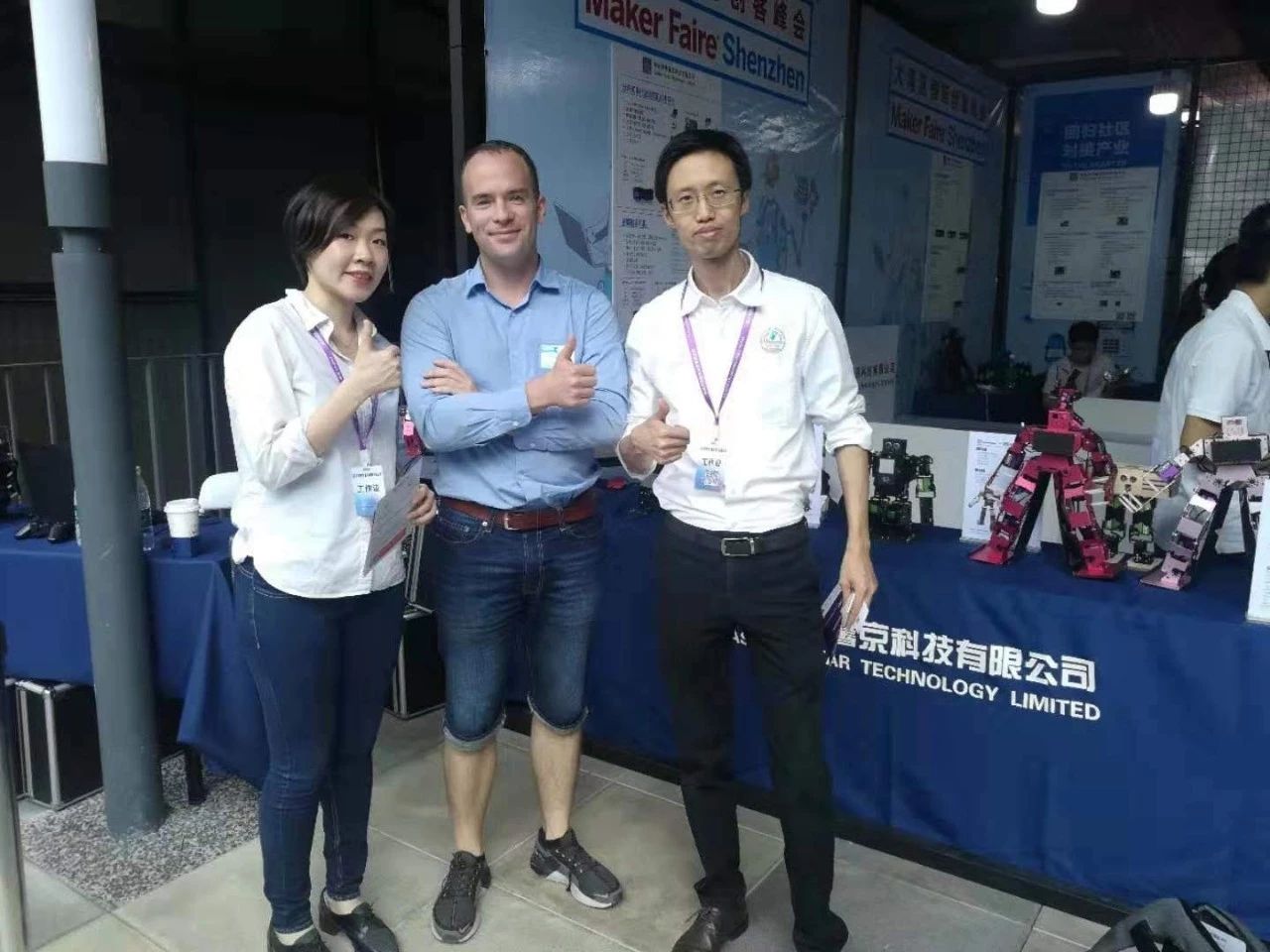 This robot was also included in the designated equipment for the China Engineering Robot Contest in 2020. 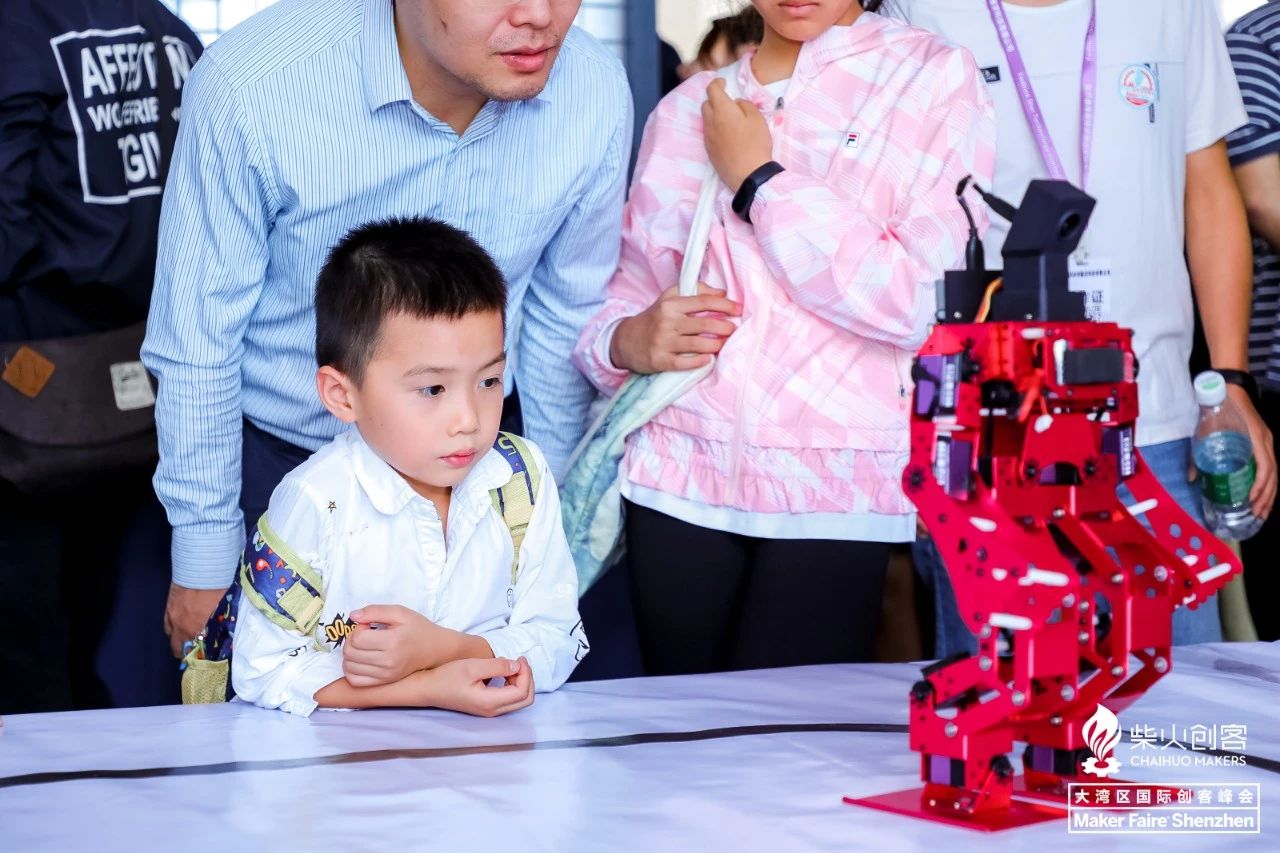 I stumbled towards you staggering, but I couldn’t leave the black track

STEAM gesture robots, based on the open source code management of Arduino, including gestures, gyroscopes, and ultrasonic waves. It cooperates with the DBSP servo and its professional motion editor to solve the problem of gait realization and sensor management of multi-joint humanoid robots, greatly reduces the development difficulty, and allows beginners to experience the fun of human-computer interaction. 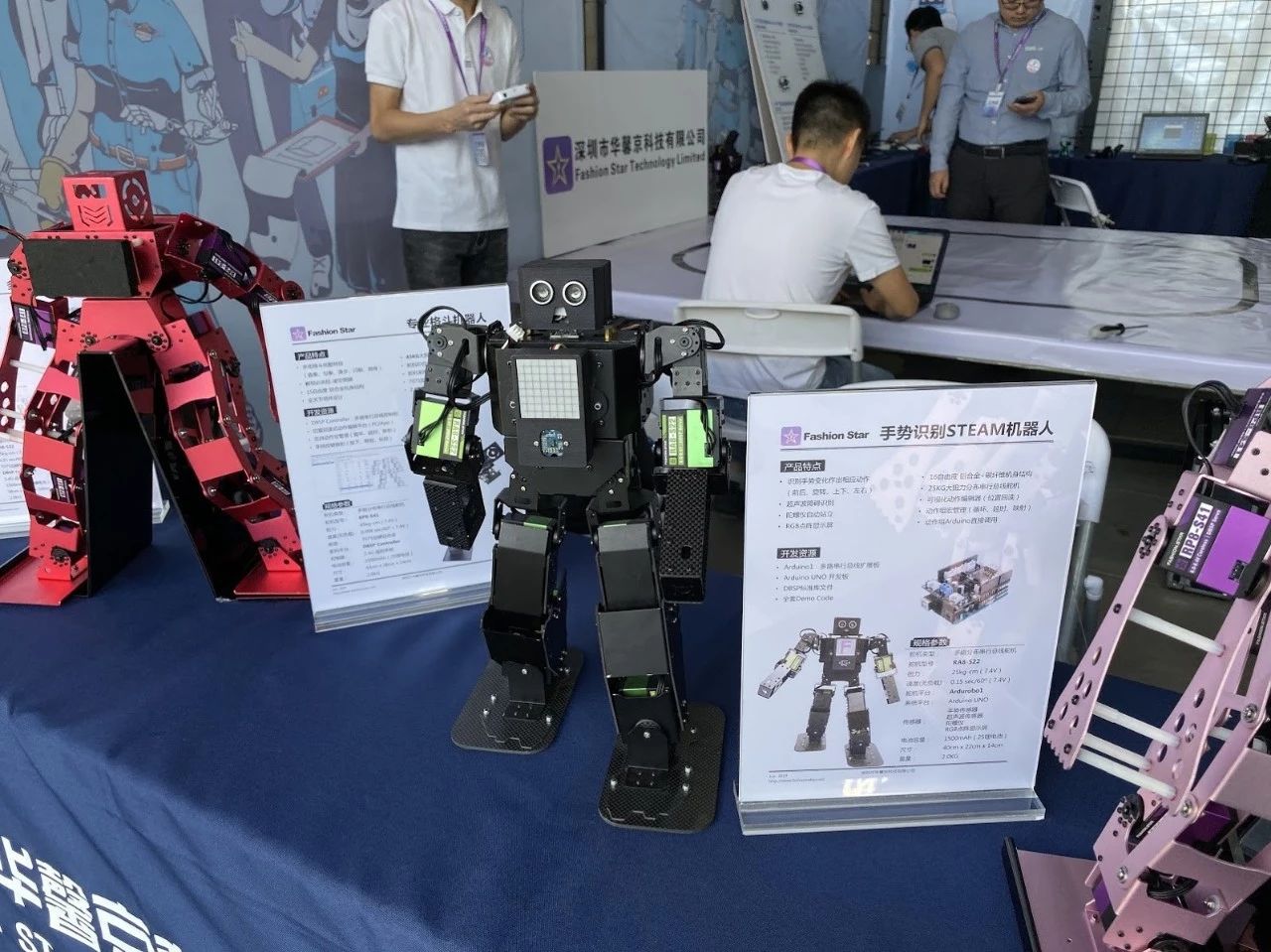 The company’s booth also attracted the attention of a large number of professional visitors. The works wining the first prize of the National University Student Electric Competition include 4096-level resolution pan-tilt, 3-DOF self-stabilizing camera, color recognition robotic arm, and more than 20 professional robot servo in 4 series. The company provides professional servo and platform kits for different levels and application scenarios for people from all walks of life including universities, research institutes, maker communities and enterprises. 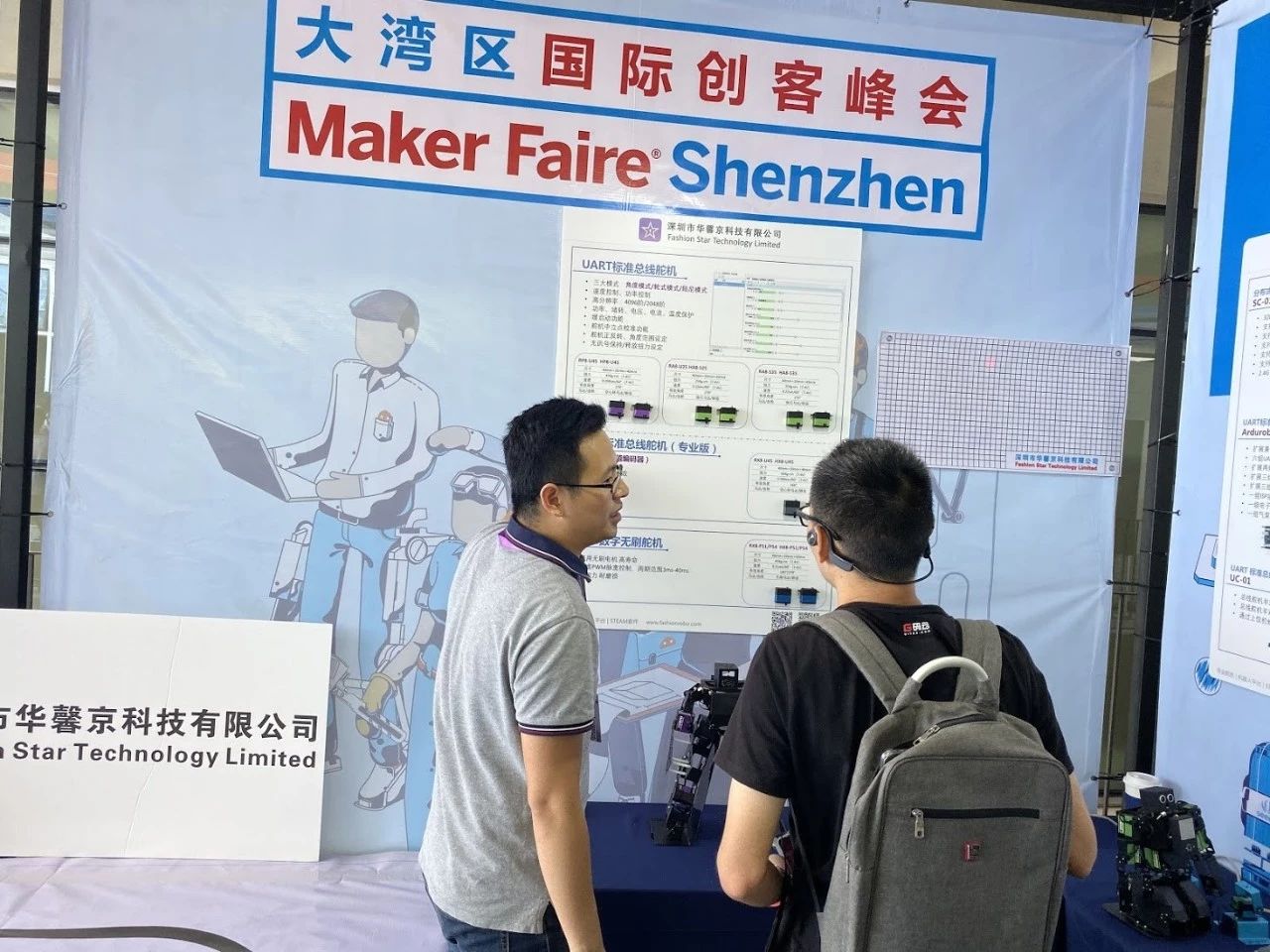 The person in charge of the company said that the purpose of this exhibition is not only to stay close to community users, but also to collect user feedback and further improve the product. “This is the first time for us to participate in Maker Faire Shenzhen. I am happy to see that our products, especially fighting robots, are loved by all friends and have been recognized by the community.